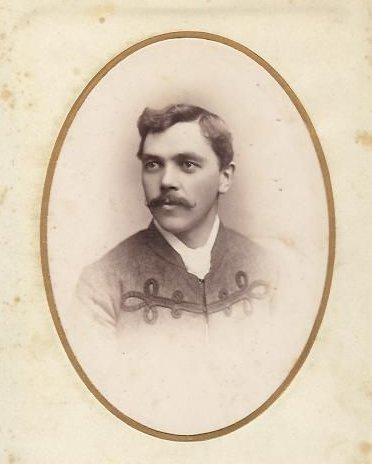 Since 1891, my family has been continuously employed in the USA Granite Industry, from the harshest quarries to the finest sculpture studios. They fought hard for workers’ rights and safety while their bodies suffered the ravages of this craft. With dedication, sacrifice and cooperation throughout the industry, stone craft in America flourished to set a new world standard for excellence in granite craftsmanship.

Growing and pervasive foreign competition, not burdened with the responsibility of workers’ health and safety, is ever present.  Sadly, unscrupulous parties deliberately profit from this suffering by not telling customers where or how their stone is actually being produced.  Some even deliberately and misleadingly claim what we do is “a lost art form, if you will” in the USA. Still, we cut stone here in America and fight to this day.

In 2003, I broke ground to carve stone. Carolina Sculpture Studio fills a void left in the Southeast by my uncle in-law Master Sculptor Dario Rossi (Artist of the year,  Georgia Arts Day 1997), upon his retirement after 35 years of industry service in nearby Elberton, GA.

With guidance and blessings, I bought Dario’s tools. They complemented knowledge and experience endowed to me in Barre, VT by my cousin Master Finisher & Carver Andy Hebert, Master Sculptors Gary Sassi, Giuliano Cecchinelli, Jim Sardonis, Angelo Ambrosini and Phil Paini.  My late grandfather Edward G. Melvin’s tool chest, holding his tools and more from my great grandfather William Beattie Melvin, came out of the basement of my boyhood home in Chelsea, Vermont.  Master Toolsmiths Bernie Scott, George & Russ Wade and Ezra Caldwell guided me towards self-sufficiency.  A select group of esteemed contemporaries including Ryan Mays, Heather Milne Ritchie and Gampo Wickenheiser have paralleled my path into studio to this day, forcing each other to either constantly improve or be left behind.  Later, legendary African American Fine Artist Gilbert Young would help me fight for this way of life on the world stage, forever changing my life.

This website is unique as it includes many names, images and references to others in this small but largely unknown fraternity of sculpture.  It is an effort to recognize and thank them for their contributions to my growth and efforts to preserve this heritage.  Even as competitors, our obligation is to keep tradition alive while satisfying clientele with excellence in granite craftsmanship. By training and leaving to fill the need elsewhere, like my Grandfathers Melvin -both from Aberdeen,  Scotland to Barre, VT- and Uncle Dario -from Carrara, Italy to Elberton, GA-, I honor their achievements.

In 2013, the award-winning documentary The Stone River by Giovanni Donfrancesco from Altara Films captured the essence of the granite experience for those of us who cannot resist its fatal attraction.   The words are from our past, but are those of both our present and our future.  This trailer opens with special intimacy to me – showing my Masters Giuliano at Hope Cemetery, my cousin Andy pitching stone wearing the apron I made him as a thank you for apprenticing me as his legacy and Gary carving in the same spot where he carved next to me throughout my apprenticeship.   Please consider viewing and purchasing this film.